Director
Mark Steven Johnson
Duration
103’
Writer
Mark Steven Johnson
Casting
Ben Affleck, Jennifer Garner, Colin Farrell
As a child, Matt Murdock was blinded by toxic waste in an accident, but his remaining senses were enhanced. Years later, he fights crime as a masked vigilante at night while working as an attorney in Hell's Kitchen by day.

5
Score: 100% Best Streak: 17
An average entry in the pantheon of comic adaptations, but not as bad as some people let on. The theatrical cut loses a solid 30 minutes of story that focuses more on Matt Murdock’s faith and law practice and the Kingpin investigation. There is still a lot of silliness like the playground fight, dated soundtrack, and dodgy CGI & green screen. It tried to be too many things, taking familiar elements from Burton’s films, The Crow, and Spider-Man. Rent the Director’s Cut, and watch the TV show.

7
Score: 80% Best Streak: 11
Daredevil is an action-packed superhero movie that redefines abilities as a medium well mix with disabilities. It hits the mark almost perfect but still some elements and characterization that needs a little more work. Still a really good time and definitely one of the darkest Marvel movies in the early 2000s. Generally positive reception goes to the action, tone, cinematography, visual effects, and the performances (particularly of Affleck, Garner, Duncan, and Farrell). Don’t wanna miss this!!! 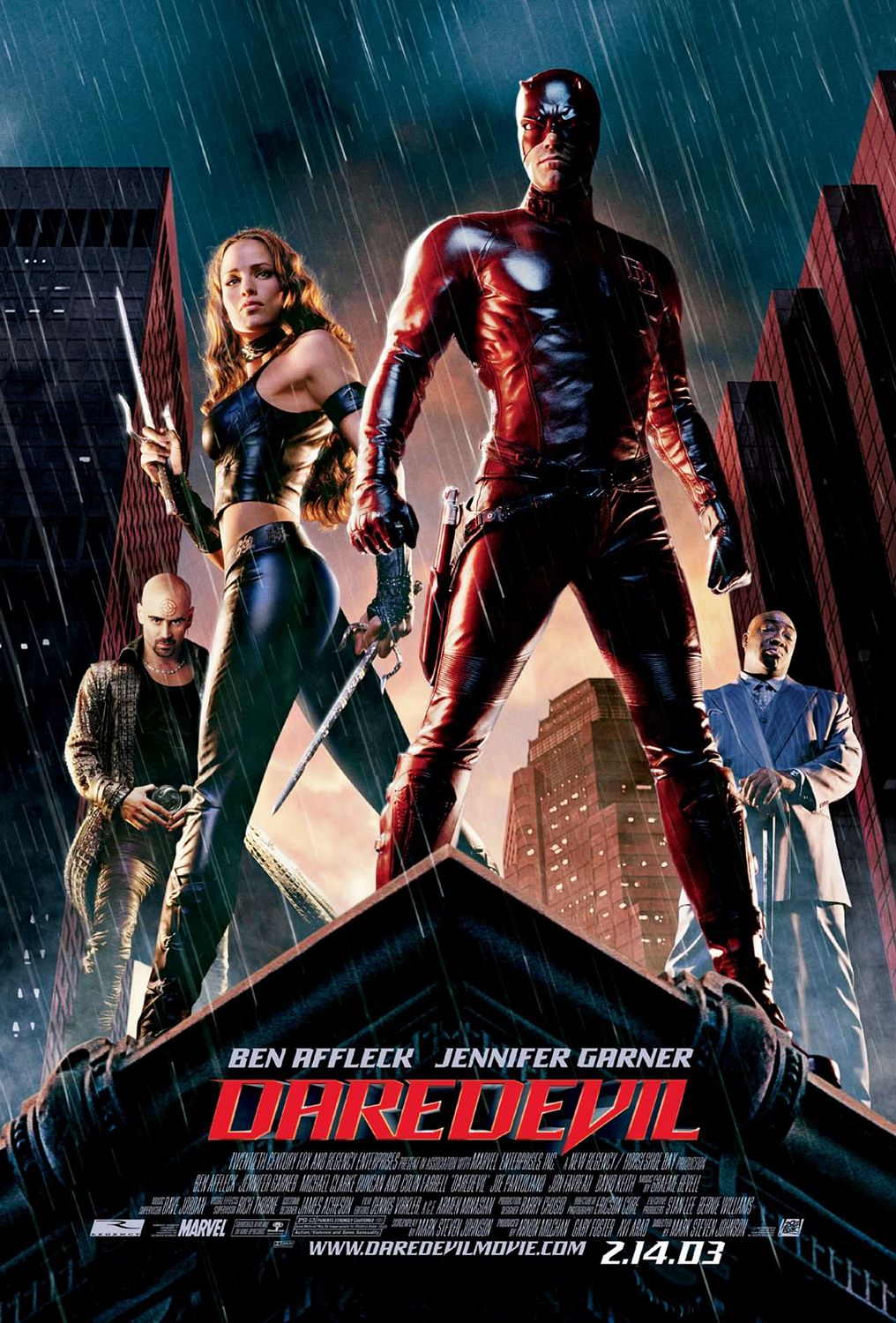